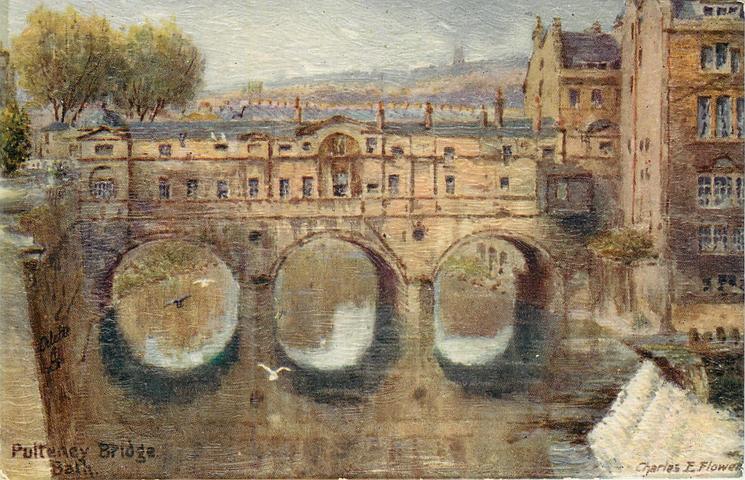 And all for 3 Pounds a week

I am the eldest son of the only son of the late Raphael Tuck, who founded the firm Raphael Tuck & Sons in the 19th Century. But there the relationship with the rest of my family ceases. They are all Conservatives. I am Labour; they have the money, I have the principles. The only sad thing is that one cannot take one's principles to the grocer's store!

It was not always that way. I was a proper little Conservative until I started at University at 32 1/2 years old. I entered the firm when I was 17, and started at ten shillings a week. My father had died when I was 13, and the business was in the hands of a great uncle and cousins. I had always been interested in postcards since I was a very small boy, and had amassed a good collection which reposed in a number of postcard albums - now alas lost. I used to be very interested in postcards of royal households, and one day my grandmother entered my day nursery, wearing evening dress and a lovely rope of pearls which went round her neck and bosom four times. I was about 3 1/2 years old, and on seeing her, I clasped my hands and exclaimed "Oh Granny Tuck, you look just like the Crown Princess of Germany". She was so pleased that she at once altered her will, and left me a nice sum of money. I wish I could do that kind of thing to-day!

I started at Raphael Tuck's as an office boy, in the foreign department. The manager there was an old fuddy duddy, and what was most disconcerting about him was that his right eye looked to the right, while his left eye looked to the left. The result was that one never knew at whom he was looking, or to whom he was speaking. If he said "take this to the typist" each one of us four held out his hand to take the letter. The work was very boring, and unattractive, but I soon found an attraction in my life there. I had come out of a public school where in that day, there were only boys, and I found that I was suddenly one of a few males among a whole host of girls. However, I behaved myself until the first Christmas party at the firm, when I went round to all the departments to wish the staff a happy Christmas. In the picture department there was a very pretty girl - I had noticed her there many times before - and when I went to that department at Christmas, I drew her behind a curtain and kissed her on the lips. It was the first time I had ever kissed a girl on the lips, and it felt very good. In fact, I continued this course of action with this pretty girl for a long time after, and not just at Christmas. I was always grateful to that curtain!

From the foreign department, I went to the calendar department, but the manager there would show me nothing, nor would he let me look at any of the order books (for paper, printing etc.). I complained to my uncle, who told me not to be a nuisance, because he did not want the manager to leave. I retorted that it would be a good thing if he did leave - which annoyed my uncle intensely, and he moved me to the book department instead. Some time afterwards, the manager of the calendar department was away ill for quite a time, and during his absence it was found that he had been giving orders for printing etc. at vastly increased prices, and the printer was kicking back to him a proportion of the increased profit he was making out of it. Of course the manager got the sack, and I said to my uncle " I told you so", which did not please him very much.

I moved from department to department, but I found out to my regret that whether I worked hard or not, it was just the same in the end - not one of my relations took any interest in me, and I was never given a responsible position. I did reorganize the costing section of the book department, and my uncle gave me a rise for it, but at 23 years old, after working at the firm for nearly six years, I was only getting £3 per week, with no prospects at all. I had told my uncle that I wanted to get married to a young doctor, and had asked him, what he could do for me. He replied "Nothing". At 23 1/2, therefore, I left the firm in disgust. I had, however, learned one lesson in my six years there - never put a young boy with relations if his father is dead. The firm did well before and during the War years, but after the death of my great uncle, who was managing director, it went from bad to worse, I was instrumental in getting the offer of a takeover by a well known company, but my cousin, the then managing director, moved so slowly that they withdrew their offer. Tucks were later taken over by Purnell, whose managing director was Wilfred Harvey. Raphael Tuck & Sons has now, been taken over by Fine Art Developments Ltd., in Burton on Trent, whose managing director, Mr.Frank Kerry, is a perfect wizard, and for the first time in many years, Tucks started to make a profit under its new managing director, Mr. E. Turner. It is now located at Warminster, and is doing well.

Had it not been for that £3 per week, I might still be in Raphael Tuck & Sons, but as it is, my life has been a much more interesting one. I graduated at London University, under Professor Harold Laski, under whose influence I became a socialist, and after that, at Cambridge and Harvard Universities. Later I became professor at the University of Saskatchewan, Canada, and at McGill University, Montreal, Canada, and also (later still) at Tulane University, New Orleans, Louisiana - from which I was thrown out during the McCarthy period for making a stand on the negro problem. There followed a career at the Bar in England, and a seat in Parliament from 1964, which I still hold - though the seat is by no means secure. And all because of £3 per week.